Majhi Maitrin Charitable Trust (MMCT) is a charitable organization set up in the year 2002 by Shaila Limaye and her associates. MMCT is a one-of-its-kind trust that works towards building a women's community that is self-reliant and employable. To achieve this, MMCT trains, motivates and imparts vital entrepreneurial guidance for the improvement of underprivileged women's socio-economic life.
It all started with one woman's entry into trade union activities while she was working in a multi-state cooperative bank. The woman was Shaila Limaye and her experiences led to a journey into social activism. Recalling those days, she says, "I used to fight for the dignity of women employees. Some unsavory incidents influenced me to actively join the trade union movement." She was even transferred to the Mumbai branch as a pressure tactic. But Shaila refused to be cowed down.
During her active trade union days, she worked on programs for the empowerment of women. She also worked at changing women's mindset towards financial independence, social security and personal dignity. It was around then that Shaila felt the need to expand the scope of her work and do more for women, in more areas and on a larger scale. Thus, Majhi Maitrin Charitable Trust (MMCT) came into being with the objective of self-employment by cooperation of women as its pilot project. As the founder of MMCT, Shaila began to work full-time for the cause of disempowered women.
Majhi Maitrin in Marathi means "My Friend" and the organization embodies the spirit of friendship beyond all social barriers, age or wealth. Progress on the right path through cooperation has been its goal for the past two decades.

Our Assurance to You

We AIM to Provide

Creation of a society of empowered women can come about only through a strong foundation of education.
MMCT realized that the beginning towards this goal has to start from the formative teen years, Hence 'Project Pandita'.

MMCT has various activities for general society seniors. It runs a free library in collaboration with 'Kusumagraj Pratishthan'. 'Katta' is an open forum where eminent personalities of the society share their experiences with members. 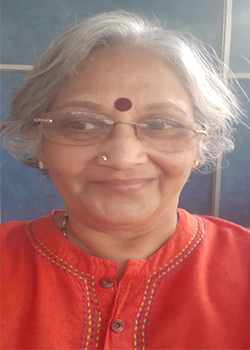 Internationally recognized Ambekar Institute for Labour Studies offered an opportunity to Shaila Limaye through INTUC, a national level labour union, to attend a course on Management of Small-Scale Businesses in Israel. She had the opportunity to conceptualize and present her Project SECOW - Self Employment by Cooperation of Women during her training at 'Histadrut' in Israel. This project was very well received. SECOW was undertaken by MMCT to test the validity of concepts of SECOW in practice. SECOW was aimed at giving gainful employment to women from underprivileged section of society and thus make them financially independent & confidant.

SECOW is based on following tenets: Initially, the primary goal of MMCT was to provide self-employment avenues to underprivileged women. This included production of handmade, hygienic food products like ghadichi poli (traditional Maharashtrian soft chapati), dry chutneys and pickles, as well as cloth and jute utility products with or without embroidery. MMCT trained these women to produce on commercial basis to generate income. Over the years, our 'maitrins' have emerged as able and confident women.

EMPOWER A WOMEN
and she will show the world what she is capable of.

We motivate & train women to become entrepreneurs and build confidence in rural school girls through knowledge.

Help us to build a strong future for our women. Your every contribution will go a long way.

Meet the dedicated and talented people who equip our ladies and young girls with skills that help build their future.

Contribute with your precious time and efforts. We could always do with a hand or two for our events and exhibitions.

With the experience of working in this sector, MMCT identified an urgent need to give educational support to younger generations of girls. It was noted that rural students are at a big disadvantage as they cannot easily avail the facilities available to urban students. MMCT wants to change that. It wants to help them explore various opportunities and come at par with their urban peers at an early age. We believe that a sound and strong education is of prime importance to girls from economically weaker section for their sustenance and progress.

The main aim of this project is to provide the girls with extra coaching for a strong foundation in Maths, Science and English. Through these coaching lessons, the fundamental concepts of the students are refined and they are equipped to make use of this basic knowledge for further practice, analysis and application.

We have also noticed that the socio-economic environment of these students is neither conducive nor encouraging for educational accomplishments. Also, they are not aware of contemporary developments and opportunities for girls in terms of education and professional careers. We try to expose these students to various career opportunities so that they see how academic success can eventually lead to a financially secure future through stable and better jobs.

Majhi Maitrin Charitable Trust is a multi-faceted, sensitive and socially pro-active organization for the betterment of women.

"Financial and social-emotional security are only two of the many facets of a successful life, but adding values and substance to this evolvement requires cultural uplift" says Shaila Limaye. Towards this end, MMCT organizes thought-provoking debates and seminars on current social issues. It runs a free library for senior citizens in cooperation with Kusumagraj Pratishthan. It has instituted the Suhasini Karandak award, which is presented to amateur women actors for one-act plays.

Programs with NALSA are undertaken to spread awareness of the laws and legal resources available to women. Through such activities, MMCT has developed a strong group which meets on the fourth Tuesday of every month for a series of activities such as book discussions, talks by eminent personalities to share their experiences as well as entertainment and music programs.

MMCT recognizes the noteworthy work of other NGOs and felicitates them through a prestigious award named after the legendary woman reformer from Maharashtra, Pandita Ramabai.

Readers are welcome to donate to Majhi Maitrin Charitable Trust. Donations are eligible for benefits under Section 80G of the Income-tax Act.

Your Support to MMCT is Valuable
Become A Supporter
Rs.76,00,000